I had a lovely day out today with the Ladies Wiv Posh Cameras.  We went up to Sanjay Gandhi National Park to see and photograph the Kanheri Caves.  Sometimes I can be disappointed by Indian tourist sites with their lack of facilities and general upkeep, but I have to say I was quite impressed by Kanheri Caves.

Access to the park was only a 40 minute drive from Bandra to the gate at Borivali East and then a further ten minute drive right to the centre of the park where the caves are.  The park itself is a wooded area teeming with wild birds, butterflies (yuk) and the odd leopard but today we drove straight through so that we could explore the carvings and rock-cut cave temples.  There are 109 1st century caves in all, but we covered only about 20% of these, seeking out in particular Cave No. 3 with its impressive arcade of ornately carved columns and Cave No. 11- a huge ancient dining hall.  Many of the caves contained carvings of Buddha supported on lotus flowers with Pali inscriptions.  Mostly in fantastic condition.

I would recommend anyone living in Mumbai to go and visit the park - it's right on your doorstep! (OK, comparatively speaking).  And if you are into photography the light and shadows are amazing...even in the darkest of the temples.

Here are my efforts: 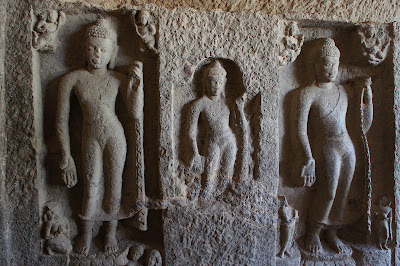 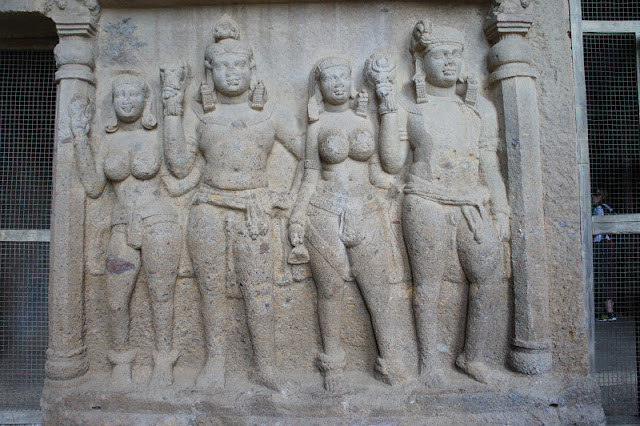 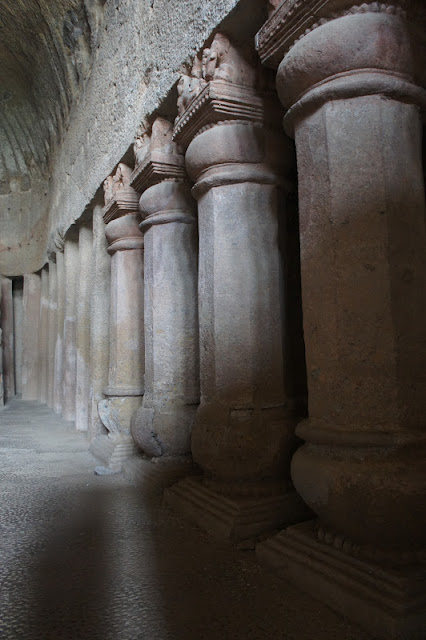 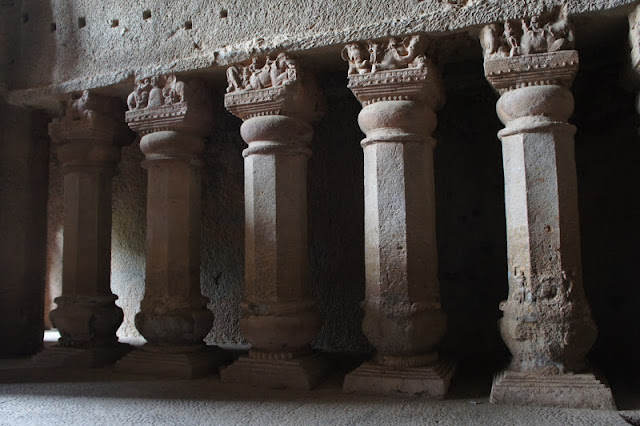 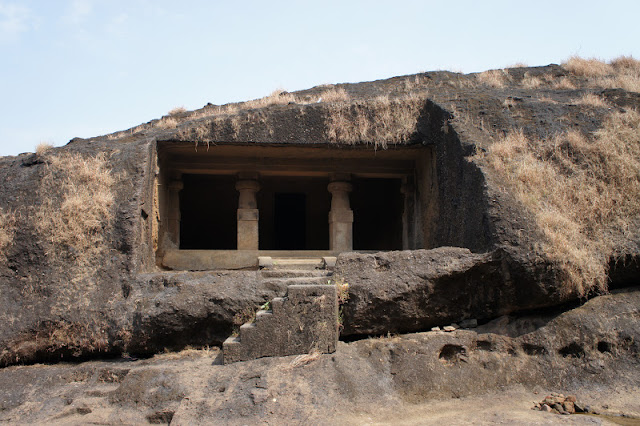 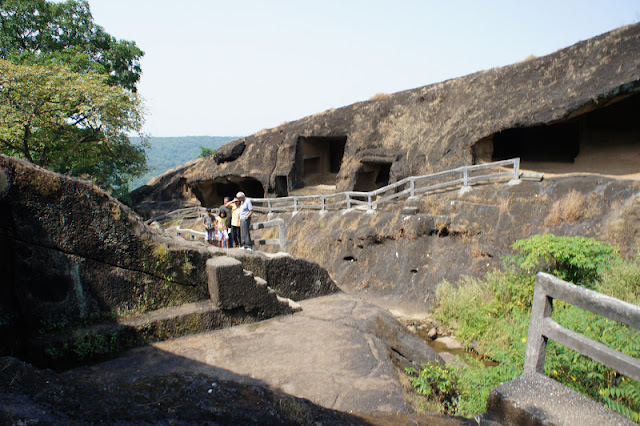 Kanheri Caves
Sanjay Gandhi National Park
Open 7.30am to 6pm
Entrance into the park with car chargeable and then separate charge of 100 rupees each for foreigners
to get into the caves.
There is a snack-stand near the caves but we took a picnic (advisable) and plenty of water.
Watch out for the monkeys who are more than happy to steal home made cakes.

The camera I use is a tiny Sony Nex-5 'point and shoot SLR'.

Postscript dated 5th January 2013:
Please see my blog on Elephanta Island - where you will find similar but not as impressive caves and stone carvings.
Posted by BombayJules at 16:44