Cricket Match with the Dharavi Boys

One of my favourite NGOs in Mumbai is Reality Gives. Reality Gives (and its sister NGO Reality Tours and Travel) operate various programmes in Asia's biggest slum - Dharavi - to vastly improve the lives of underprivileged communities.  (I have written about their amazing Dharavi slum tour here).

In 2009, a programme was devised - Project Front Foot - to collect cast-off, out-grown and second-hand cricket kit and equipment in the UK, and then transport it to Mumbai where it could be used at cricket coaching clinics for slum children.  The coaching of around 50 Dharavi kids between the ages of 11 and 18 now takes place on three mornings a week at a local gymkhana - by qualified local coaches and assistant coaches raised in Dharavi.

Today, Reality Gives organised a cricket match for Expats v Dharavi Boys from the Front Foot programme for a little bit of fun (and to raise a little bit more awareness).  I asked Mr Jules if he would be happy to play for the Expats....despite the fact he hasn't played cricket for over 20 years!  Of course he said yes.

We got up early this Sunday morning in order to get to Shivaji Park in Matunga for 7.30am.  When we arrived, I was amazed by the hive of activity that was already taking place at the ground. Hundreds of cricket teams were playing close together in this massive, makeshift space - each one trying not to encroach on the patch of the next but inevitably crossing over each other.

Instead of hard cricket balls, weighted tennis balls are used - so as not to break the noses of players and passersby. With green and open space so lacking in this city, it is not surprising that so many people from one of the world's most cricket loving nations are willing to cram together to play in this fashion.

The Dharavi team seemed to be mostly half the age of the expat team and ten times as fit.  But that was not deterring anyone and the Expats got stuck right in.  Actually, the Expats were a little short of players on their side, so Reality Gives very generously loaned two or three men to help them out. I am sure that this assisted them in realising a most surprising overall win.

I can't really follow the rules of cricket and I have no idea what the end score was but it was a lovely morning and it was great to meet a new bunch of people.  Thanks to Reality Gives for organising such a great time for all of us and thanks to the Dharavi Boys for being such good sports. 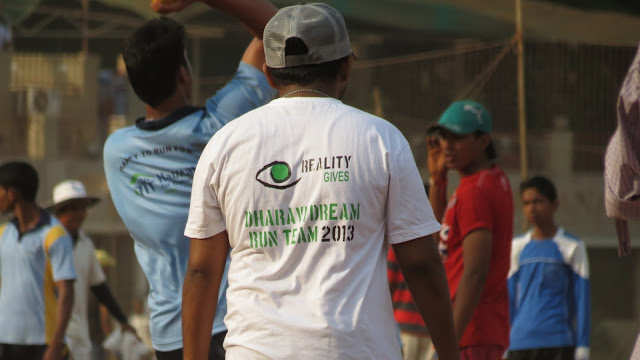 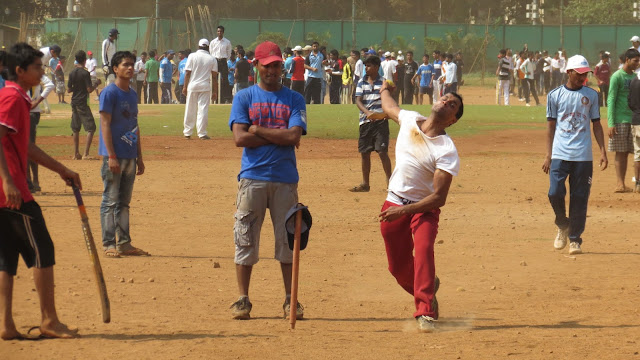 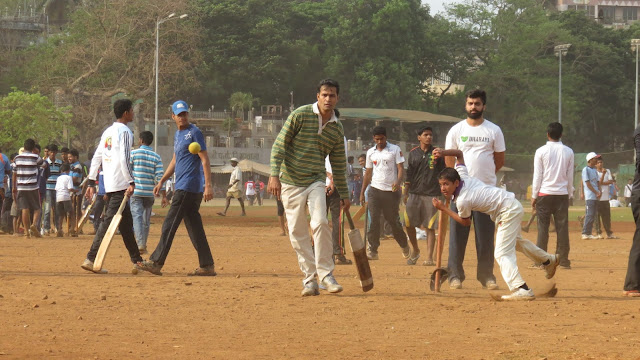 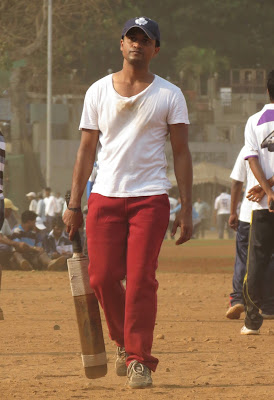 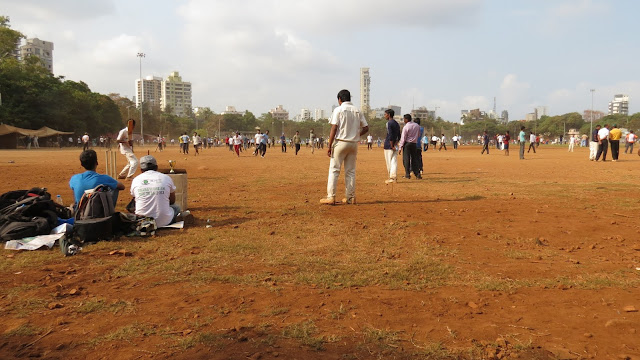 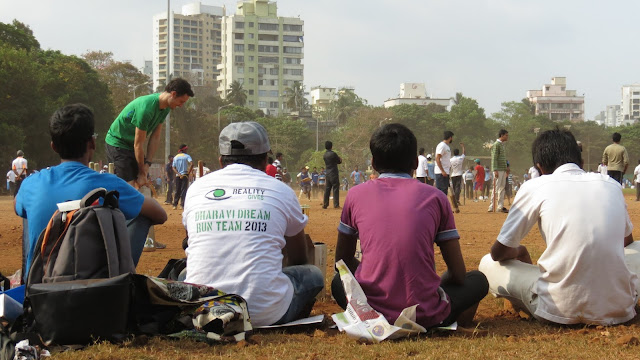 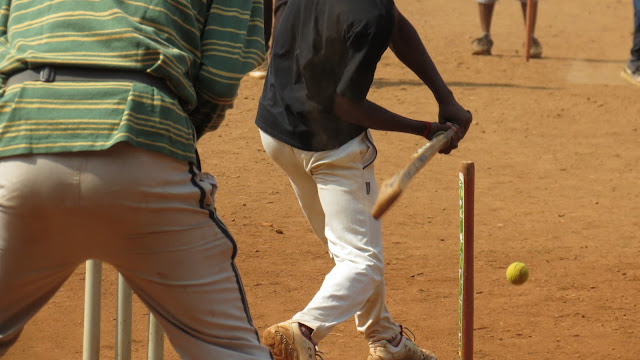 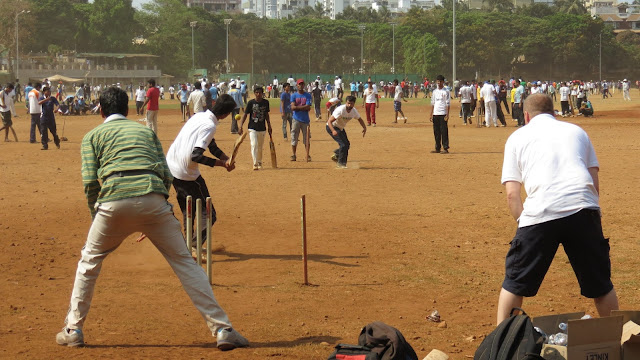