A Spotted Leopard or a Leopard Spotted?

Mr Jules and I have been off on safari again! This time on another Toehold Wildlife & Photography tour to Kabini in Nagarhole National Park (Karnataka).  The trip was short but sweet and bit-by-bit, I was able to improve on the skills learnt on the last photography tour to Tadoba.

The experience with Toehold was again, brilliant. Everything was perfectly executed. We stayed in simple tented accommodation (great fun!) at Kabini River Lodge - a government owned property which meant that all safaris into the park went directly from there (even for other people who were staying at nearby Orange County and Serai safari lodges).  All the paperwork was sorted out for us - and as Indian-tax-paying expats, Toehold even managed to get us in on Indian rates (about half the price of 'Foreigner' prices).

In all, we had four safaris (including one by boat on the Kabini Lake) which was perfect for our long weekend away. Again, because everything was organised by Toehold, there were only six of us in each of the spacious jeeps. I noticed that some of the other guests at the Lodge were being carted around in small bus-type vehicles (which was mostly OK as they were not wielding big lenses like us photographers).

We were primarily here in the hope of spotting a leopard - the chances are usually quite high in Kabini, especially as the leopards like to hang out in the tops of trees at this particular Reserve. But sadly, we were unlucky this time. However, we did have two sightings of a tiger...and the likelihood of that happening was minimal! Unfortunately I only managed to get a 'record' shot due to its fleeting appearance by the side of the road.  We were sooooo pleased to see him though.

Here is a selection of photos - I hired a Nikkor 80-400mm VR lens for my Nikon D7000 from Toehold.  I got quite a lot of blur from not holding it steady but it was a great experience to handle a more powerful lens. I will try the 500mm next time.  We did see a lot of other wildlife other than recorded below - Vultures, Gaur, Malabar Giant Squirrels, Mongoose, a White Bellied Sea-Eagle, and loads of birds - over 100 species as counted by Mr Jules! 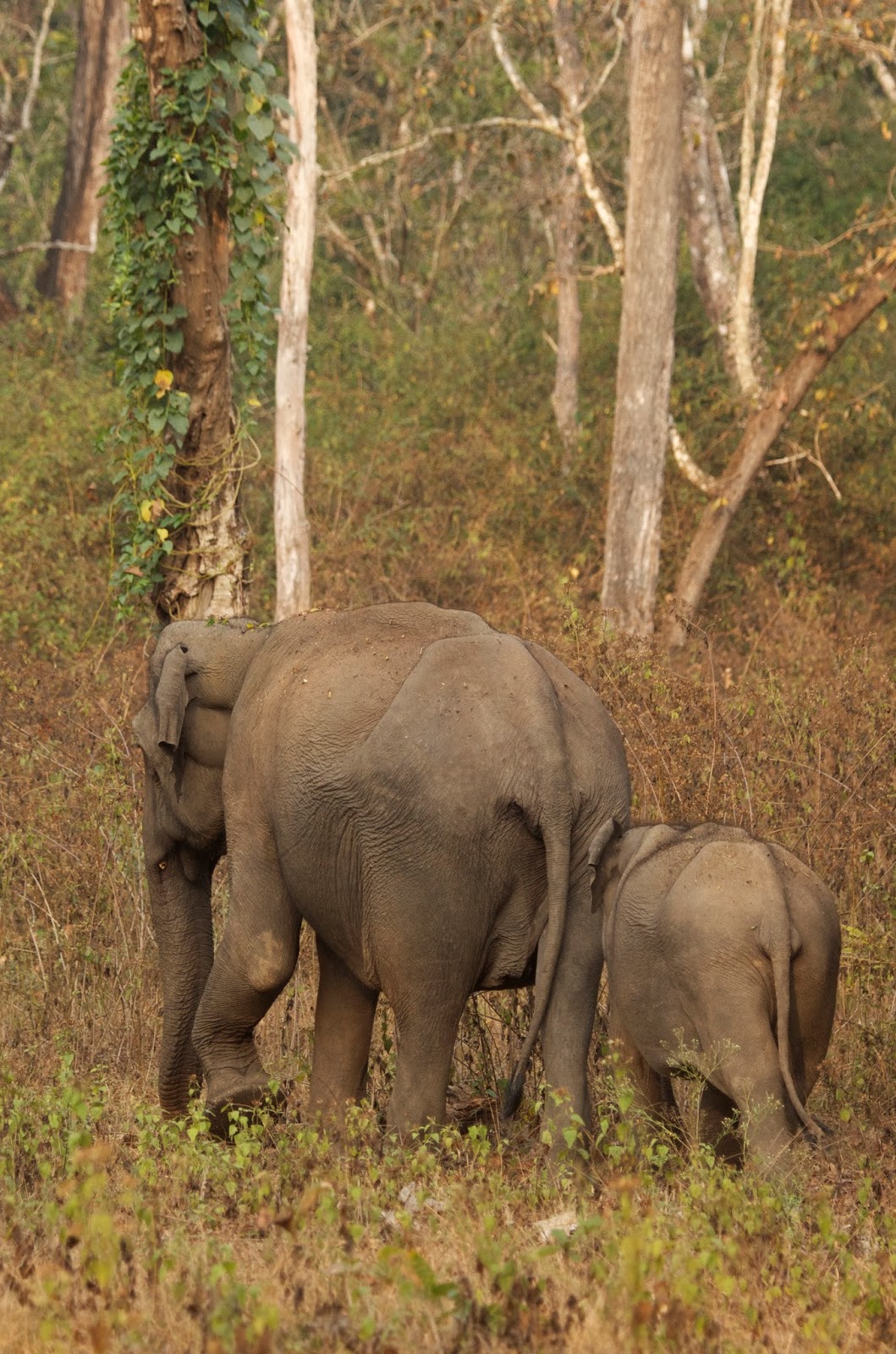 One of the safaris was a river-boat trip - the following shots were taken from the lake. 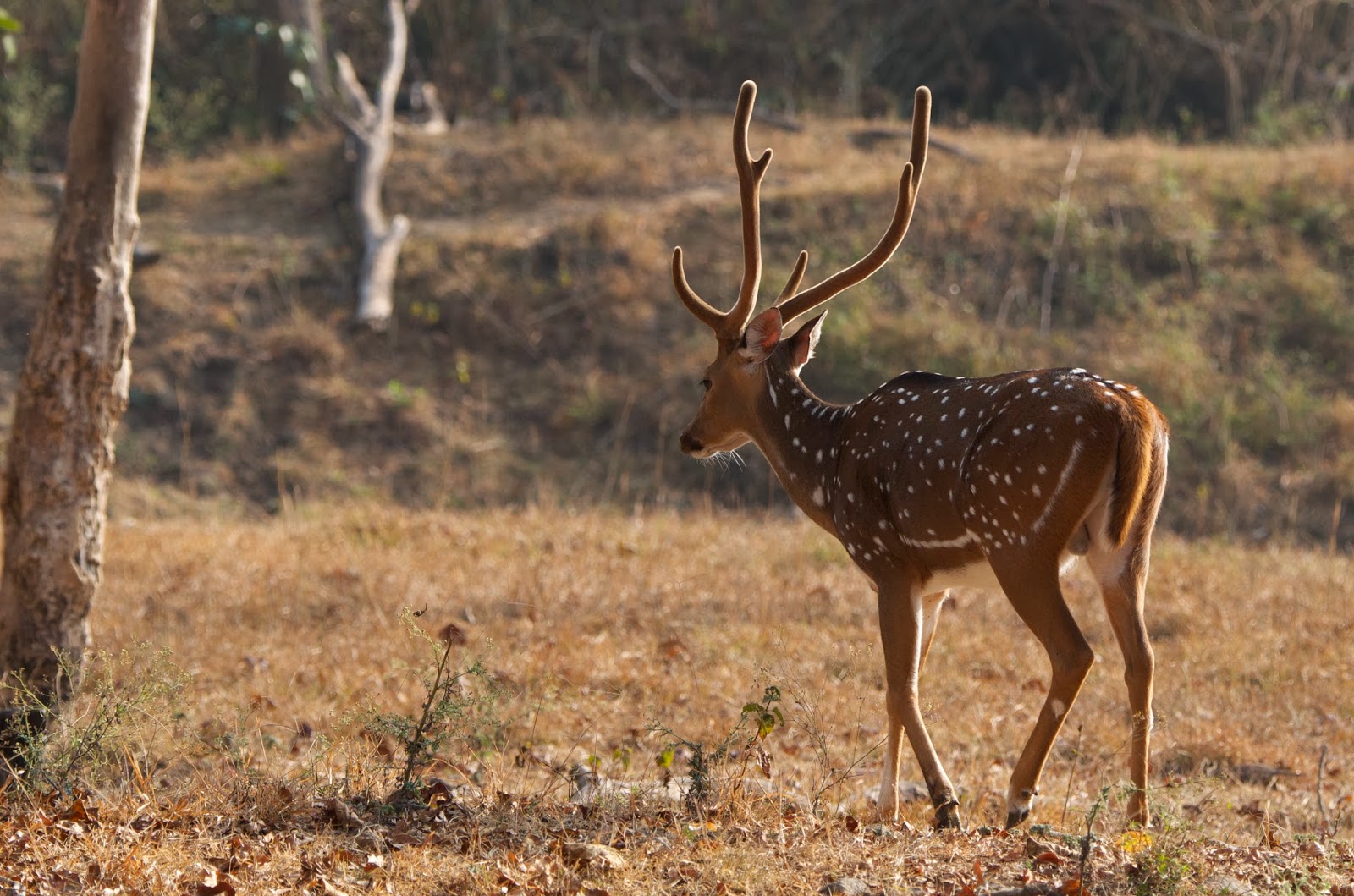 On the way back to the airport, we stopped by Ranganathittu Bird Sanctuary in Mysore (Srirangapatna). Unfortunately I'd handed back the lovely Nikkor 80-400mm lens by then so the pictures below were taken with my kit lens and cropped afterwards.  Ranganathittu Bird Sanctuary was quite something - the tops of the trees were jam-packed with Pelicans and Storks.  We took a little boat trip around the lake and experienced Painted Storks and the Pelicans zooming in low to land on the water beside us.  Mr Jules was in his twitching element!