A Trip to the Sweet Shop

No, I am not talking about pear drops, jelly babies, cola bottles, white mice, Curly Wurlies or any of the usual traditional Brit favourites.  I refer to Indian sweets or 'mithai' which are usually freshly made and bear no resemblance to the hard, plastic wrapped candy or chocolate that is favoured in the west.  I think of each one as a mini dessert - usually soft, always incredibly sweet and completely addictive to your average Indian. 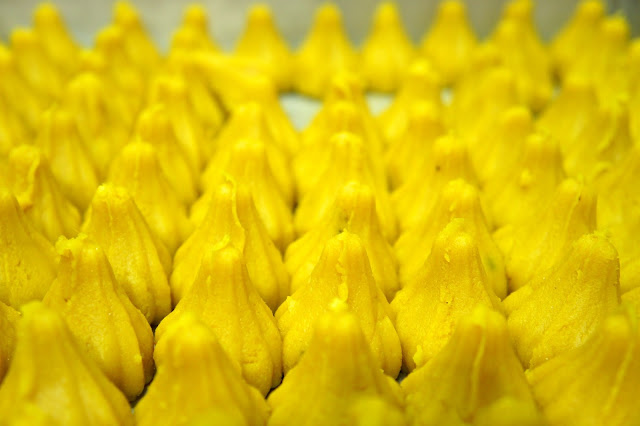 My knowledge of mithai is fairly basic but I knew that it would be good etiquette to take a box of something when we attended the Pandit Ganesha Chaturthi earlier this week (see my previous blog). So en-route, we stopped by at Regal Plus in Pali Naka to make our purchase.  When we entered the shop, we found it to be heaving...seems like the rest of Bandra had the same idea that day!  But at least it was pretty obvious when we got in there what we were supposed to do - as they had trays and trays of colourful cone shaped Modak on display and special gift boxes in which to present them.  Modak - or Ukadi Che Modak is the favourite food of the sweet-toothed Ganesha and is used in the ritual celebrations of his birthday/Chaturthi.

It was amusing to see men, women and children pushing and shoving, pointing to the trays and making (demanding) their selections.  I don't think Regal Plus was really ready for the Ganesha Chaturthi onslaught and we only managed to make our getaway after twenty long minutes.

What really impressed me though - was that our satin box was filled and then resealed in plastic afterwards by a man sitting on the floor operating what looked like a hairdryer.  Great service!

When we got to the Pandit household, I was very relieved that we had brought the Modak - as these were put into a giant cannister on the Ganesha altar and then our box was then refilled with sweets brought by the other guests.  So we had something to take away too. How nice is that! 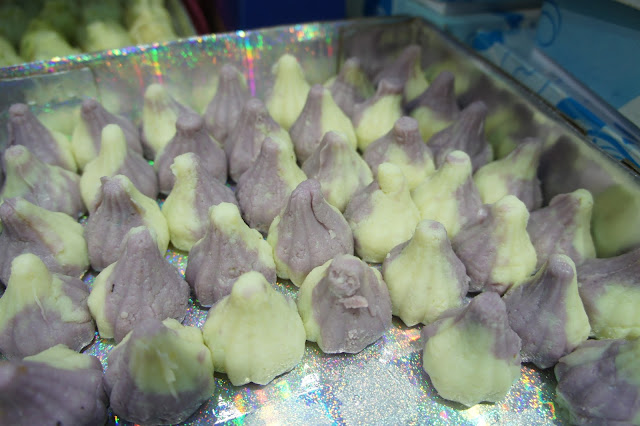 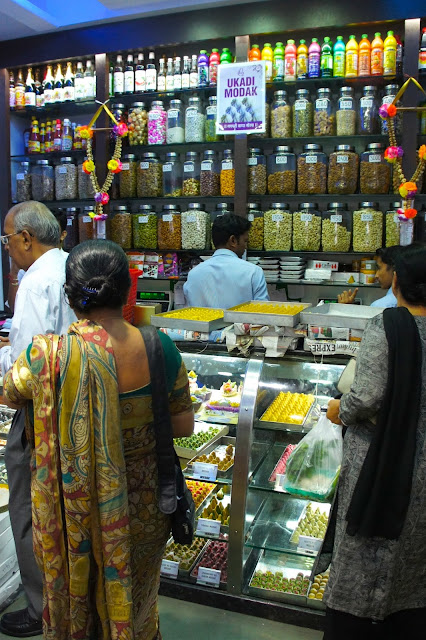 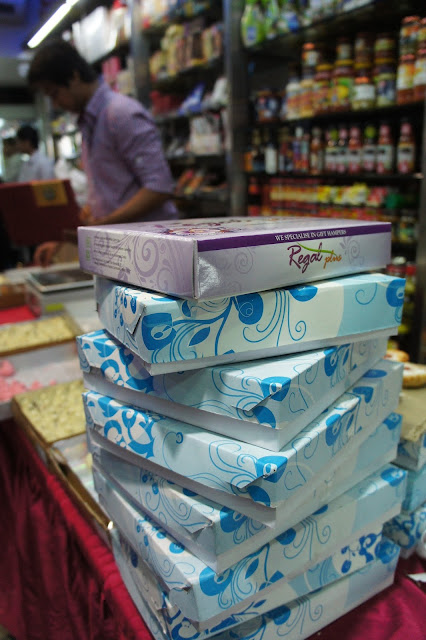 When Regal Plus isn't crazy during Ganesha Chaturthi, you can also find a good selection of expat foods in there - from pasta to tinned tomatoes to pesto etc, as well as nuts, breads and spices.