We heaved ourselves out of bed early this Sunday morning to join some friends for a traditional Indian breakfast in Matunga.  Matunga - south of Mahim Creek and just south of Dharavi - is (as I discovered this morning) a nice, leafy suburb with a few famous (but still 'local') places to eat.  We were aiming for the most fabled of these, Cafe Madras - but by the time we arrived at 9.15 am, the queue was already out of the door and trailing along the pavement.

As none of us were into waiting, our trusty experts took us to another place they knew, a few paces away across the road and slightly around the corner. Here, at Anand Bhavan, we only had to stand in line for two minutes for food that would be as equally good as that dished up at Cafe Madras.

The cuisine served in these Matungan restaurants is predominantly South Indian.  We are told by our friends that it is this South Indian food that is adored by the many local Gujurati residents who make up the bulk of those queuing and eating. Perhaps because it is vegetarian only.


After getting seated upstairs in Anand Bhavan (by a rather hunky guy that us ladies took a bit of a shine to - good enough reason alone to visit!), our friends thankfully did all the ordering.  Mr Jules and I certainly do not know what we are doing when it comes to ordering regional Indian foods (yet - let's try to rectify that). 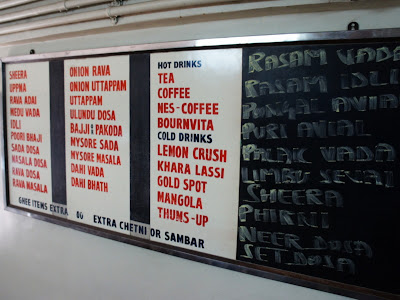 It was only a short wait before we were presented with a delicious array of traditional breakfast items - rasam wada, utma, idlis, dosa, wada, sambals and coconut chutneys - and the best coffee ever.  The rasam and sambal is spicy and watery and loaded with flavour. And from what I have read from reviews of these restaurants, it is the flavourings of these watery accompaniments that sets these eating establishments apart from each other. As well as how fluffy the rice idlis and how paper-thin the dosas are.  Friends back home might think it's quite weird eating such spicy food for breakfast - my only experience of this previously being when I was hungover in my twenties and eating leftovers from a Friday night curry the next morning.  However, the staples of idlis, potato dosas and fried wadas really don't work without the savoury accompaniments.


We were kindly treated to breakfast by our friends but I think that the bill for four adults and three small children only came to a couple of hundred rupees. After we left the restaurant, Mr Jules and I went for a walk around Matunga market where we bought a nice big bag of veg for our Sunday roast - which was noticeably cheaper than Bandra's Pali Market and without the need to haggle.

What a lovely and inexpensive Sunday morning! 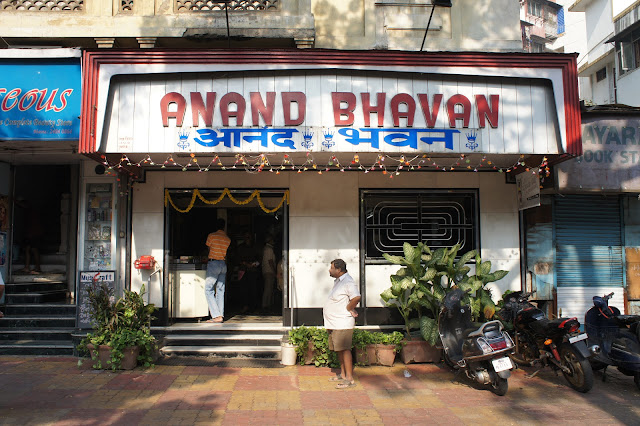