Just before I went off to the UK last week, I made an outing to Worli Fishing Village with the Ladies Wot Have Posh Cameras (our photography group).  Now I am not sure I should shout about Worli Fishing Village on here as it is not a Mumbai tourist hotspot (like the Dhobi Ghat washing area) and I would not want hoards of people to intrude upon this delightful community.  Actually, I had originally thought that the area was enclosed and not 'open' to the public, but someone from our party had already been and assured us that it was OK. And we were not to be disappointed.  The village is a quaint warren of colourful dwellings opening out on to a waterside area that faces the indomitable Sea Link, buzzing with dwellers going about their daily business.

In fact, this Koli fishing village was around 2,000 years ago when Mumbai was just an archipelago of seven islands.  It has existed untouched since then and is still inhabited by the same tribal fishing people (who now wear Nikes and football tops). I had only ever glimpsed the village - which juts out on a piece of land into the sea - through the railings of the Bandra-Worli Sea Link as I whipped past in the car.  From there I could sometimes make out kids playing in amongst the rocks and a see a few boats tied up.  But when you actually get down to the waterside, you can see the many colourful vessels waiting to go out - and it's not too far off being in a Greek fishing village!

The place is incredibly photogenic and the Koli fisherfolk so welcoming. They delighted in having their pictures taken. At the end of the village is a small Portuguese Fort - which was a strategic vantage point for counter attacks from the sea in the days when the Portuguese ruled Mumbai.  You are not allowed to take photos inside the Fort (where, bizarrely we found an extensively equipped body building gym!) so instead we climbed up on to the ramparts to get the nice views of the village and the Sea Link.  I am not sure how the folk of Worli felt when the Sea Link was completed four years ago as it cuts right across their uninterrupted views of the Mumbai skyline. But I doubt their opinions were in the least bit considered!

We were able to fulfil our morning's objectives very nicely indeed - although my camera battery ran out halfway through so I only got part of the story.  I must go back! 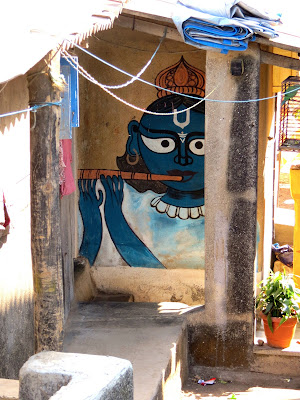 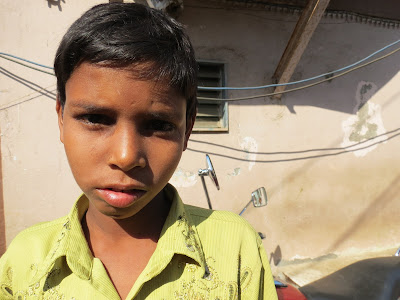 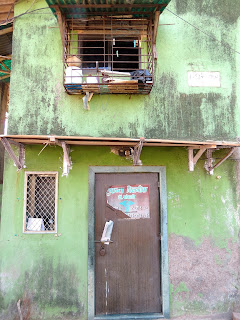