Scenes from The Golden Temple, Amritsar

If there is one place that can knock you down with a feather like the Taj Mahal can..it's the Golden Temple in Amritsar. Wow, what an amazing place.

Last weekend, Mr Jules and I had the very great pleasure of visiting Amritsar and the Temple with our great friends Mr & Mrs MaximumCityMadam.  We took the two hour direct Spicejet flight to Amritsar (in the Punjab) and then hired a car for the duration of our stay which dropped us off at our hotel - the Hyatt.  I won't say too much about the Hyatt other than we had a great stay there - elegant rooms and dining areas, efficient service, great food - no problems whatsoever.  It was about 6,200 Rs per night plus taxes (£62/$90) which was not bad at all for such a good standard.  On this occasion, we decided not to stay in a 'character-stroke-heritage' hotel. 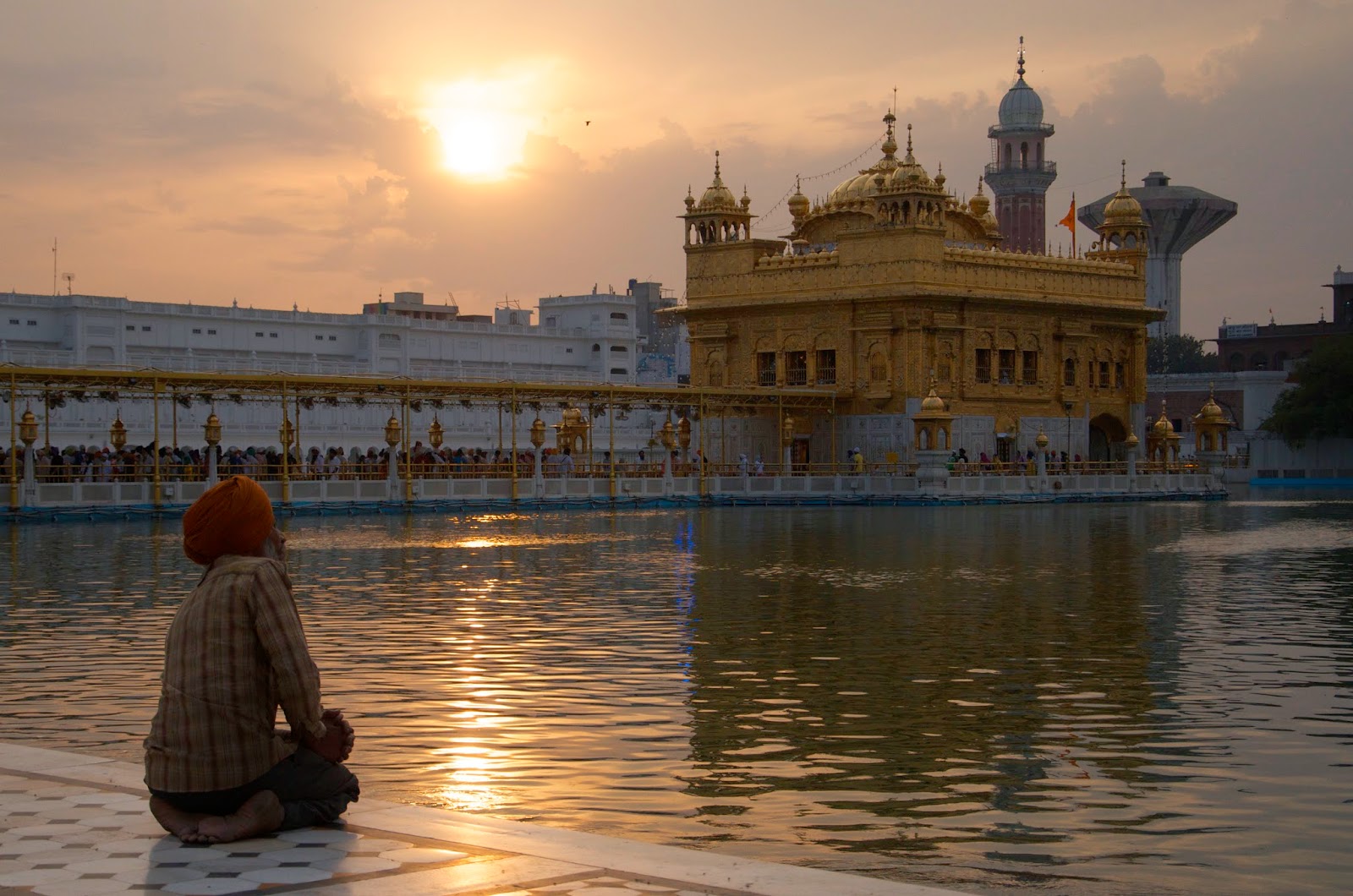 We made two visits to the Golden Temple - one at sundown and one at sunrise the next morning.  There are ceremonies at 4am and 10pm which is what most of the visitors to the Temple come for - but we decided that a) we would rather consume alcohol at 10pm and b) we would rather not have to get up at 3am because of alcohol.  And besides, there was a video of the 4am and 10pm ceremonies on the hotel TV which was good enough for us!

The Golden Temple - properly known as Harmandir Sahib - is the most famous of all Sikh Gurdwaras (meaning "Gateway to the Guru").  It was built by the Fifth Sikh Guru, Guru Arjun, in the 16th century. The doors that are on each of the four sides symbolise the openness of Sikhs towards those of any creed, colour or walk of life.  I have a lot of respect for that particular approach to religion!

To get into the temple complex, we had to take our shoes off and hand them in at one of numerous counters (in exchange for a numbered token). We then washed/shook our feet in a shallow pool of water before entering.  We also had to cover our heads (us ladies in dupattas/pashminas whilst the men donned bright orange 10 Rs bandanas, available to buy anywhere outside the complex).  As you step past the foot-bath and walk through the archway, you glimpse the electric-golden roof of the temple for the first time. It is a moment I shall never forget, along with seeing the Taj Mahal for the first time.

Over 100,000 people visit the Golden Temple every day to worship and hear chants read from the Guru Granth Sahib (the holiest text of Sikhism) which is always present inside the Gurdwara.  But it never feels overcrowded or rowdy....just incredibly peaceful and spiritual.  The 24 hour chanting which is amplified on Bose speakers throughout the temple complex can be heard from miles away.

Many of the visitors - especially those from rural parts who had come to pay their respects - had never seen fair-skinned westerners before.  So we were followed around by men filming us on their mobile phones and there were many requests for group photos with us.  But it was all very friendly and pleasant.  The Punjabis are the most incredibly welcoming and friendly people I have met in India.

At the end of our evening visit, we were treated to a fireworks display to celebrate the Fifth Guru's birthday! Not only that, but the air was full of static and we saw glimpses of lightning and heard claps of thunder in the background.  Quite a rare spectacle all in all!

Here are some pics of the amazing Golden Temple and its visitors.... 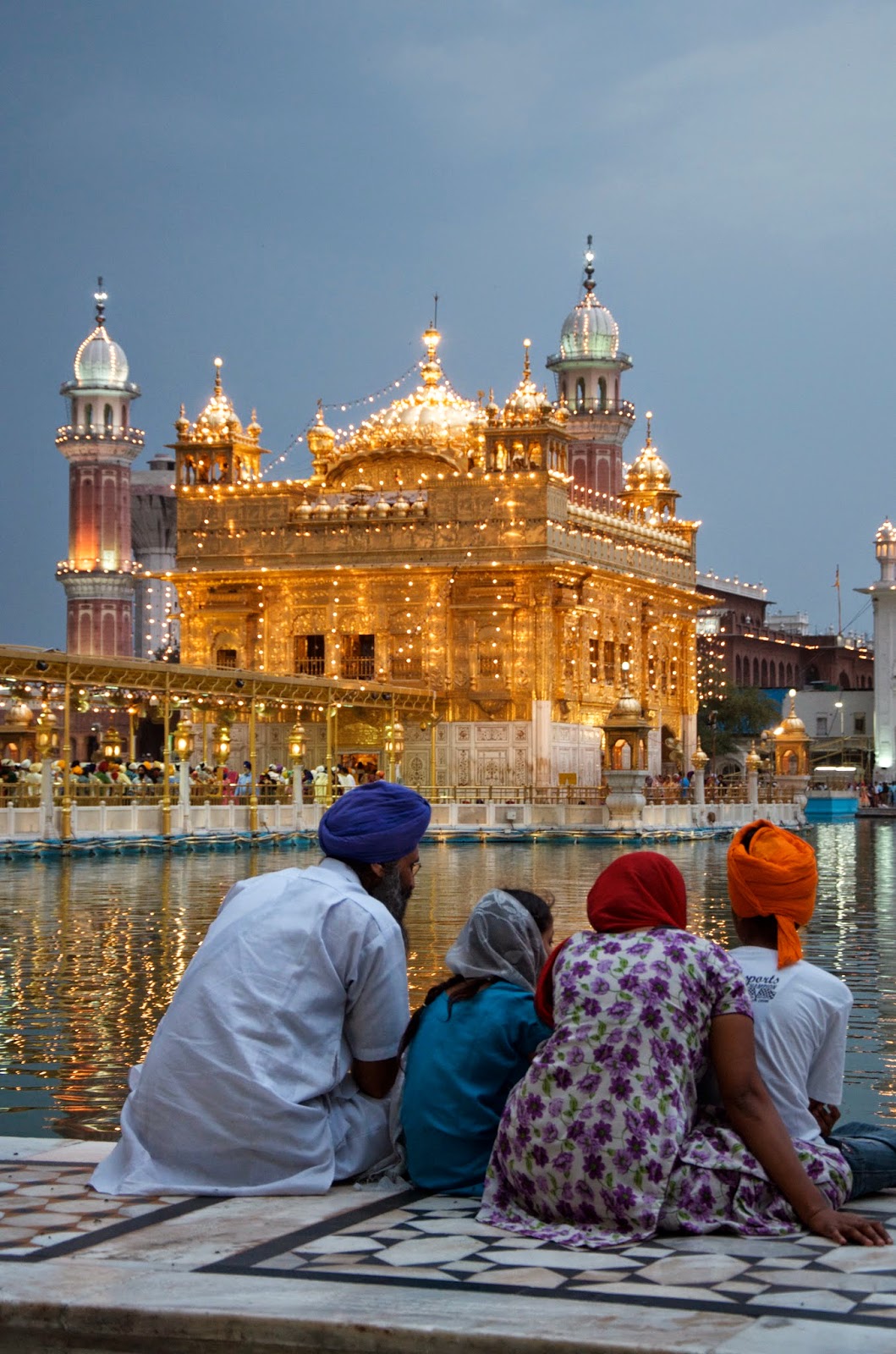 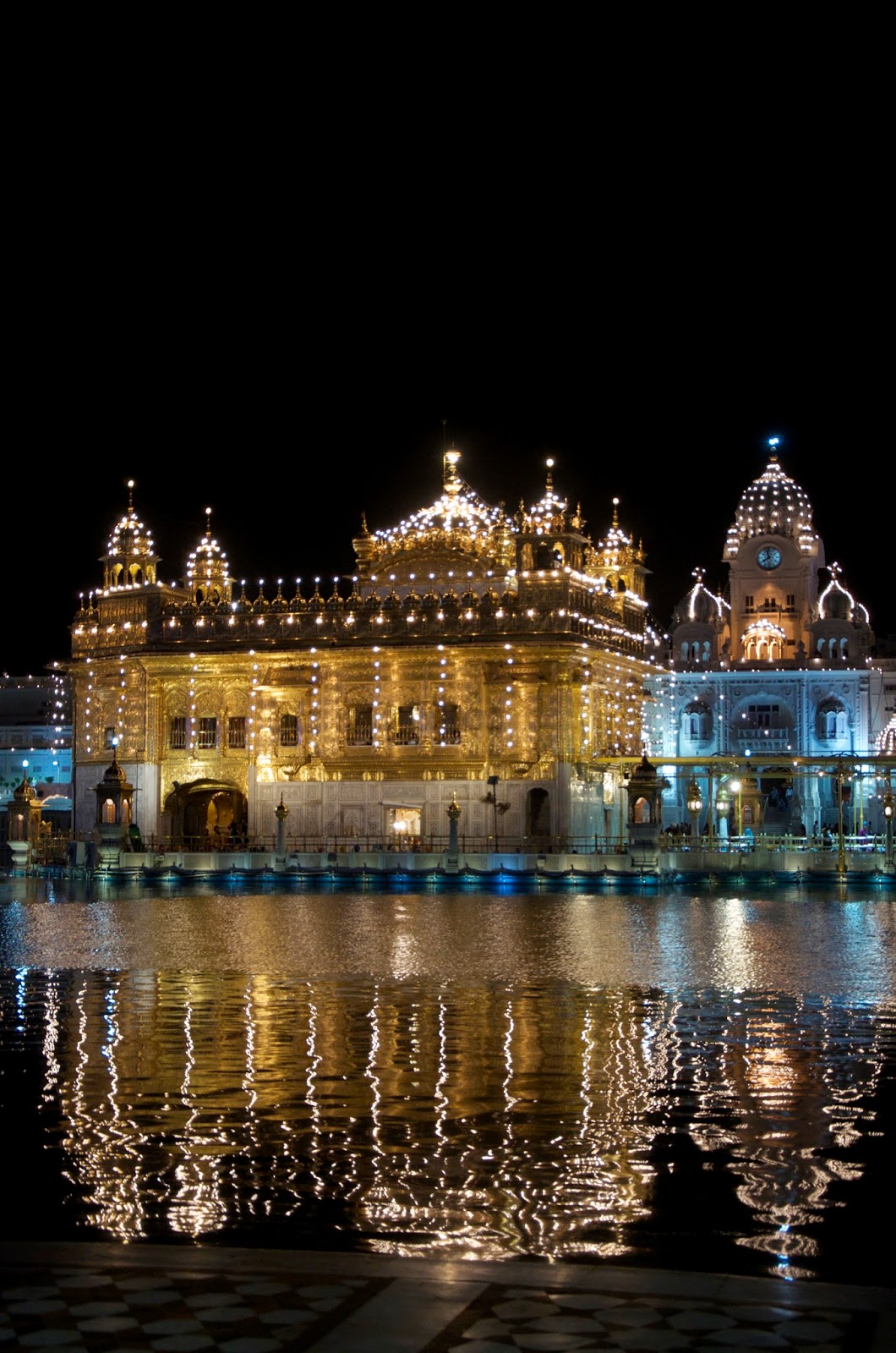 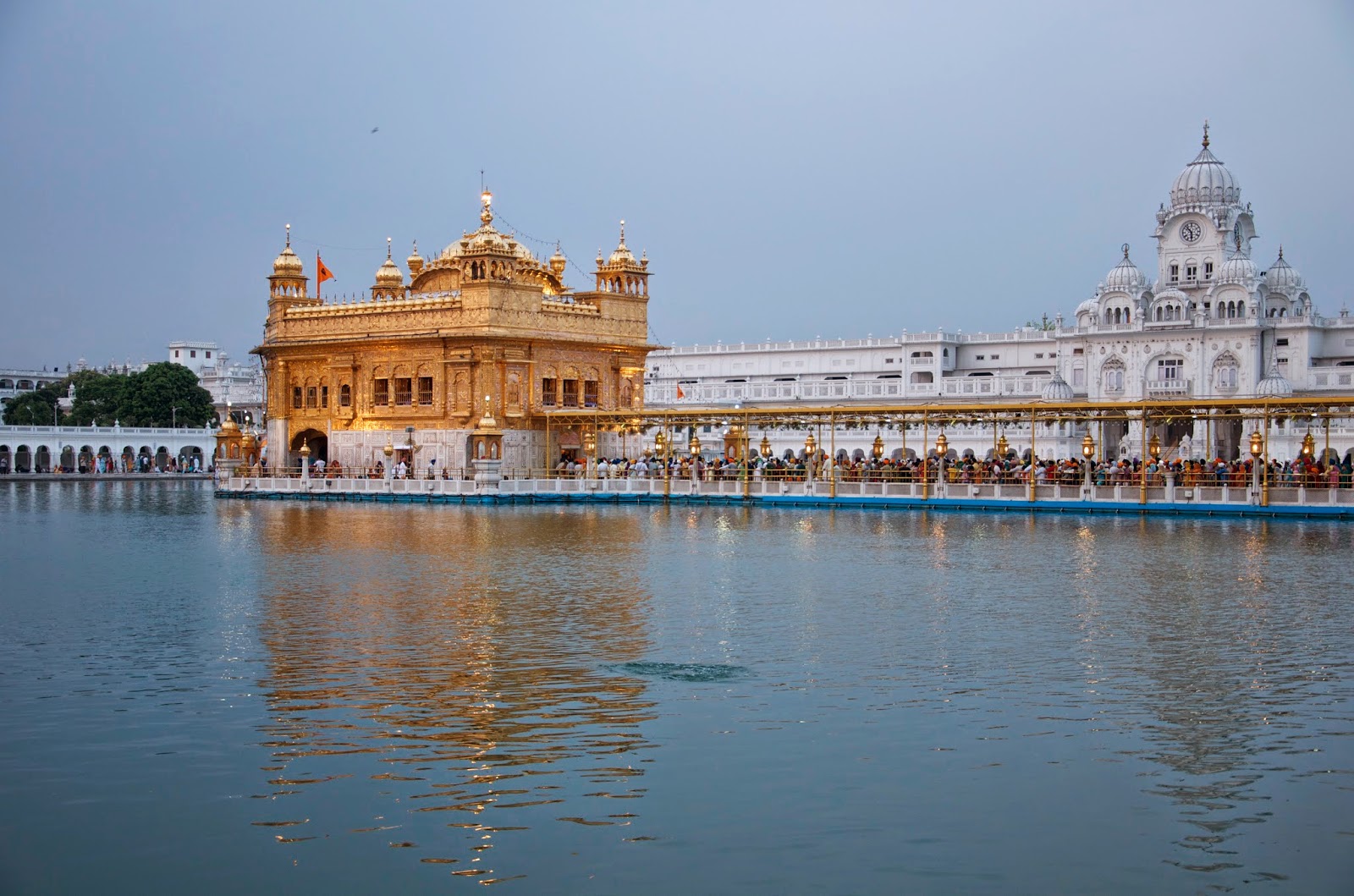 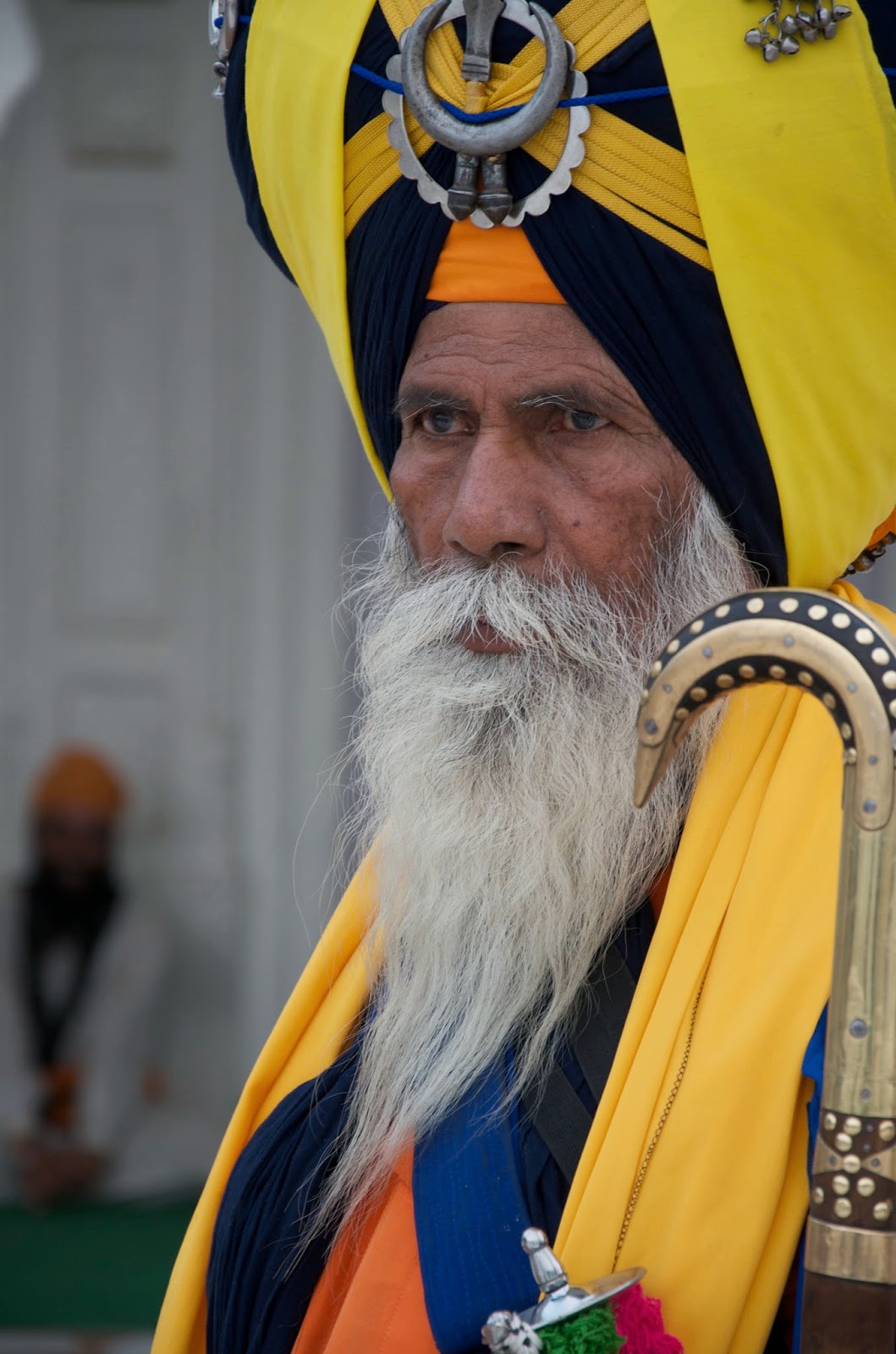 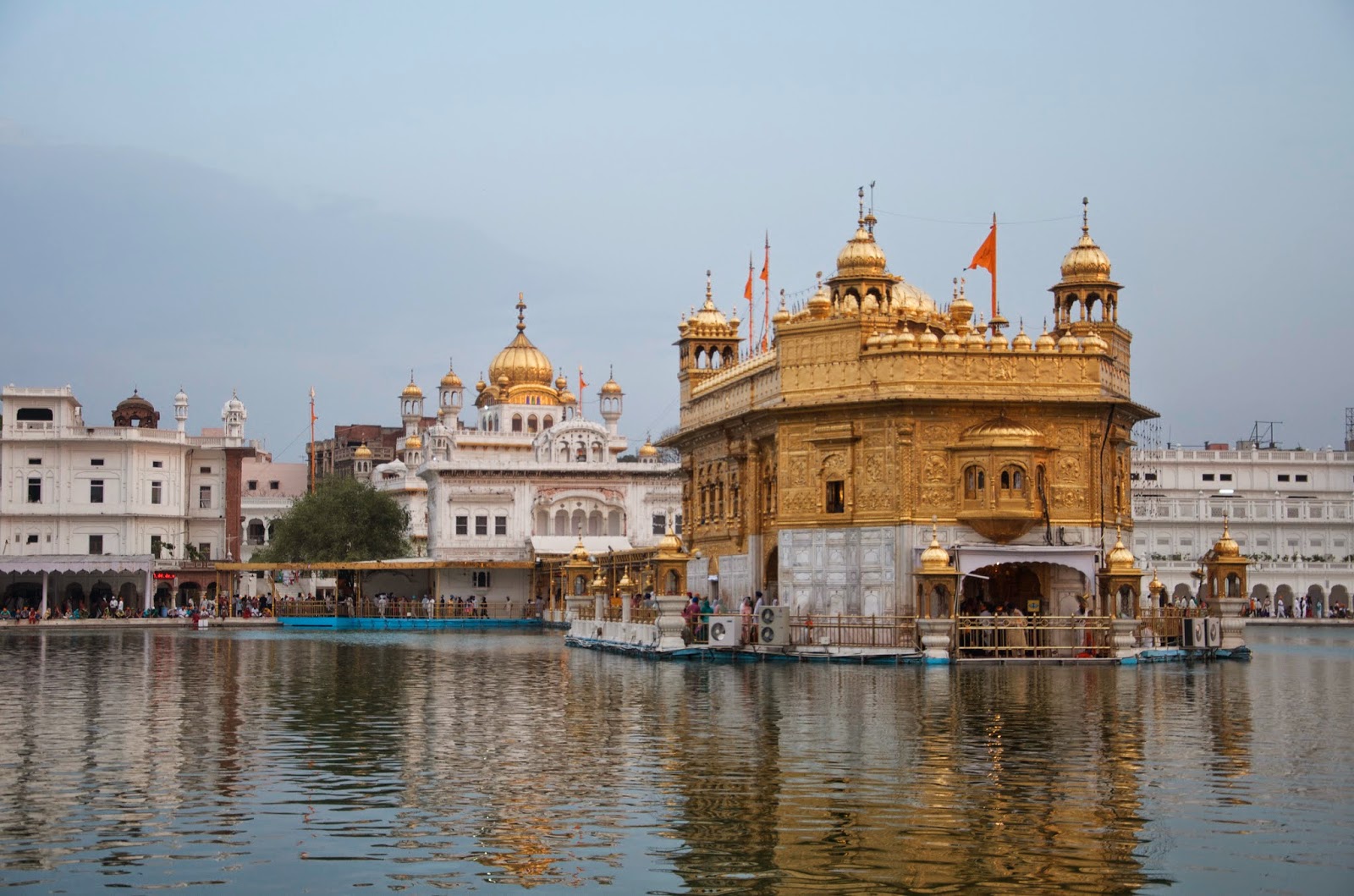 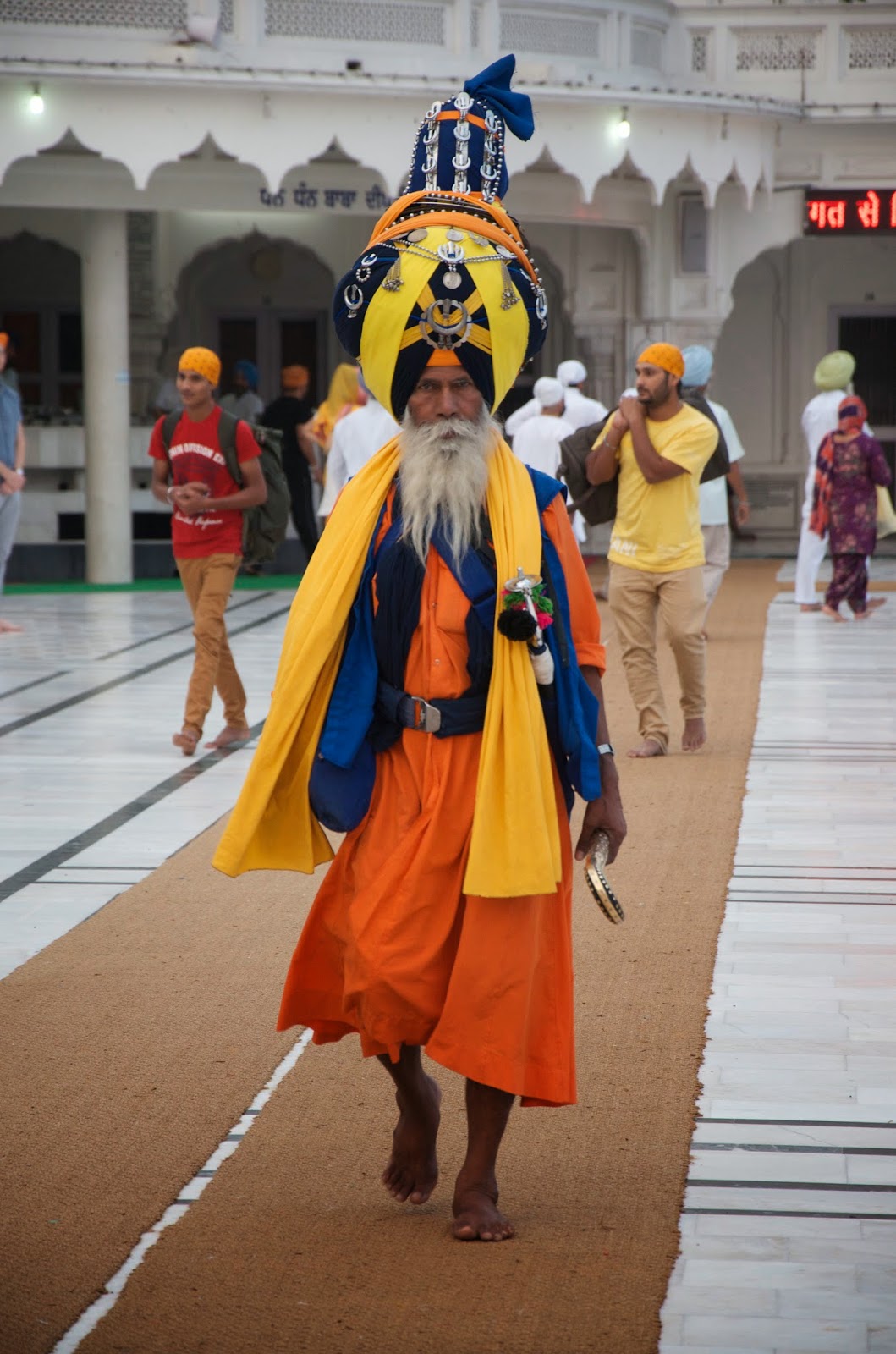 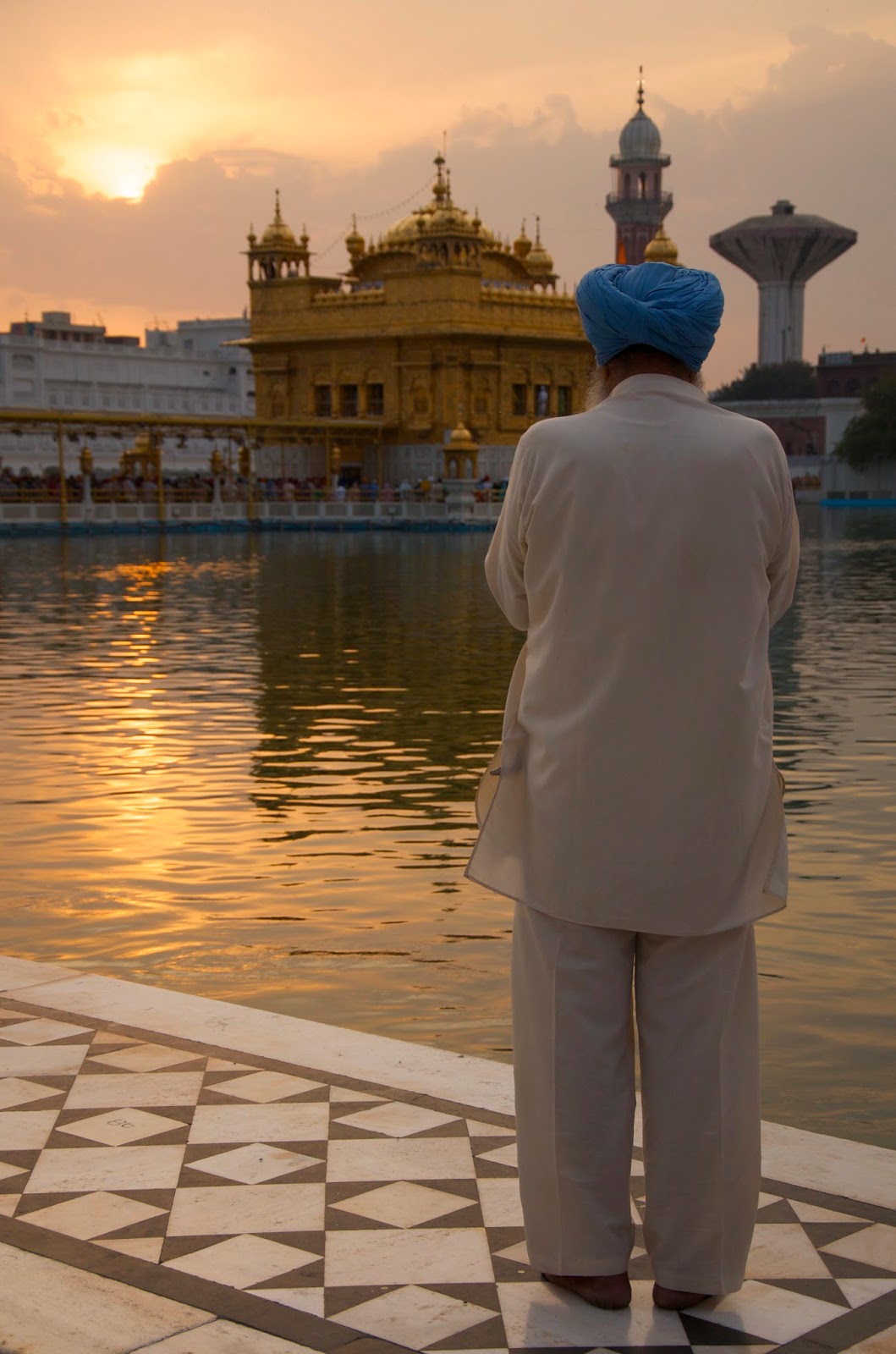 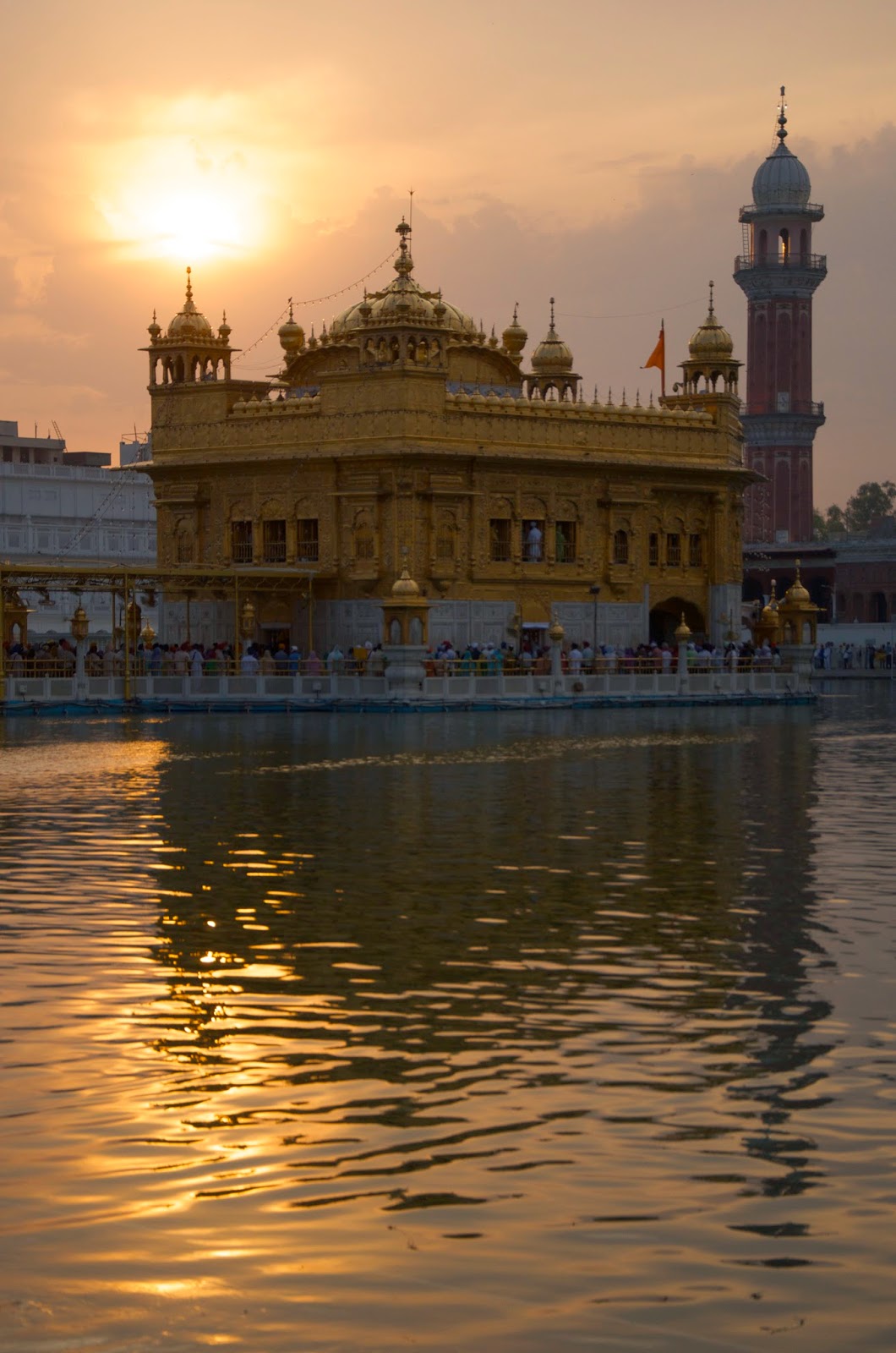 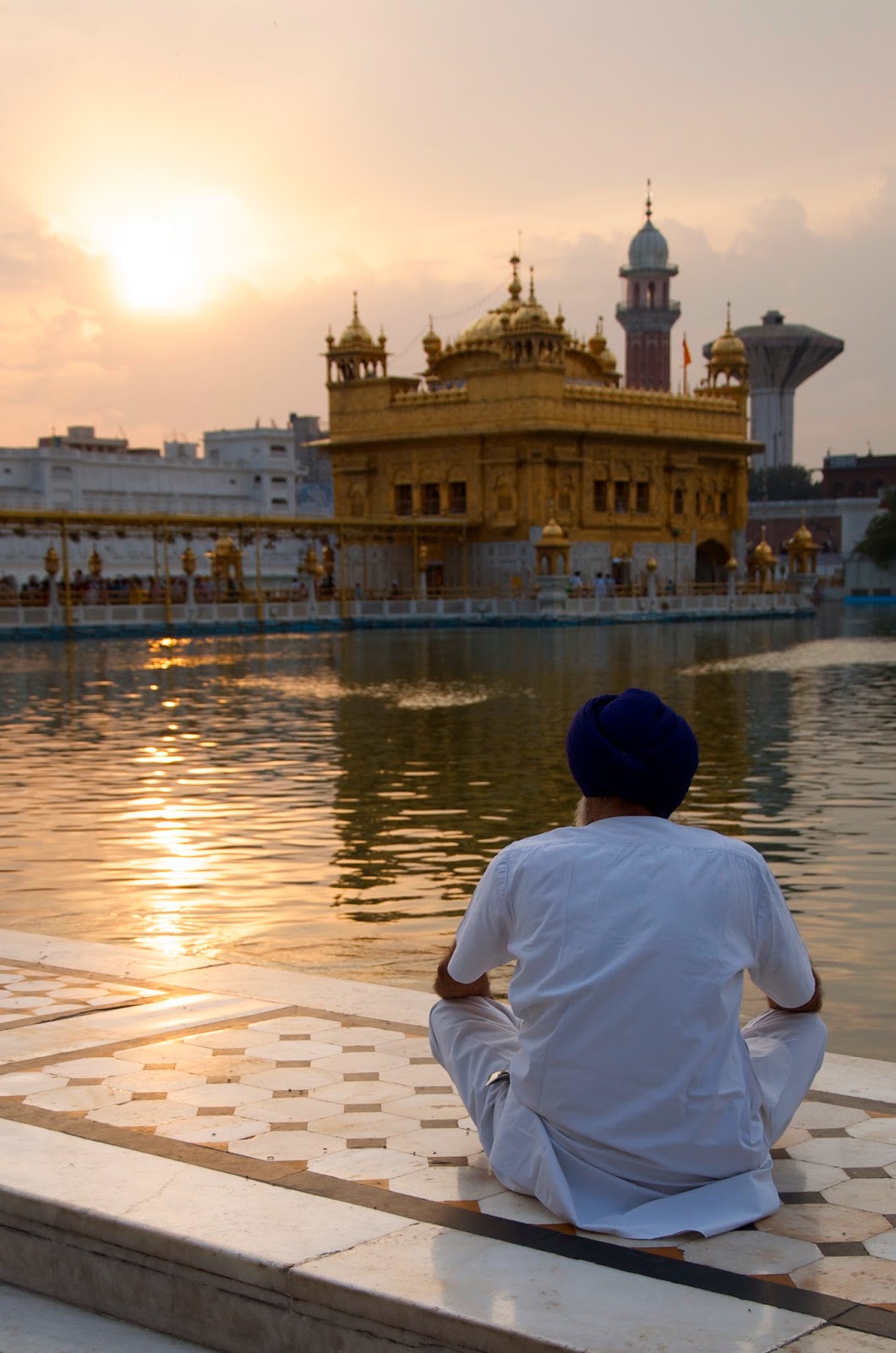 Come back another time for a post about the Wagah Border Ceremony!