When MaximumCityMadam wanted to test out her new Canon camera, she suggested that we visit Aarey Milk Colony near Powai so that we could take photos together. MaximumCityMadam is now officially another Lady Wot Has a Posh Camera I am severely lagging behind in the camera stakes with my little Sony Nex-5.  It has been great for blogging purposes - it's neat and handy and doesn't need much figuring out - but I feel the need to upgrade to a proper DSLR soon.  Watch this space! (it's my birthday soon Mr Jules, hint hint!)

The Maharashtra state government claims that Aarey Milk Colony was Asia's first dairy, set up by the Municipal Corporation of Mumbai in 1951 to ensure that city folk received fresh pasteurised milk (I have included a full explanation below).  The area, which I had never been to before, is a wonderful and scenic place not far from the heart of Mumbai, made up of numerous cattle farms in a leafy, bucolic setting. When we went, it was early on a Saturday morning - about 8am. The light was glorious - casting interesting shadows and highlighting the early morning mist and dew glistening on scarce city greenery.  There is no need to explain why the Colony attracts so many joggers - what a wonderful place to take exercise and what a paradise for keen photographers.

The numerous farm workers we encountered gladly welcomed us onto their land and into their cattle sheds. Not a word of English was spoken and most of the communications between us was done with hand gestures. It was really like being in very rural India with the usual smiles all around and a willingness to have their photos taken.  And the many buffalo lining the muddy sheds nonchalantly chewed straw whilst we snapped away.

Aarey is the most beautiful place I have visited within the city limits of Mumbai and I would recommend it for a relaxing weekend day trip - especially for those yearning for the countryside.

Here are the photos (more posted on the BombayJules Facebook page) 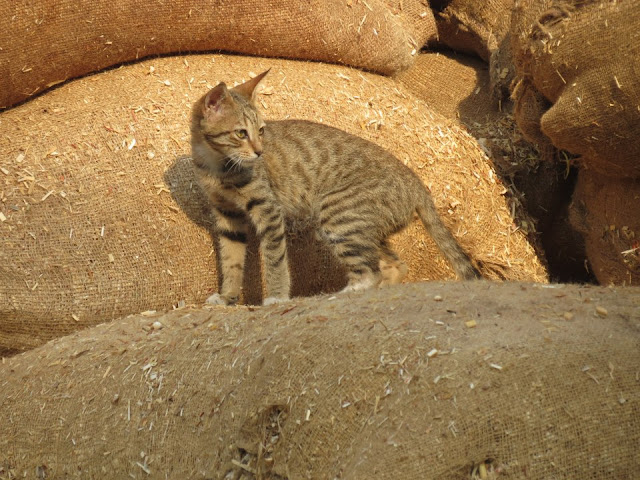 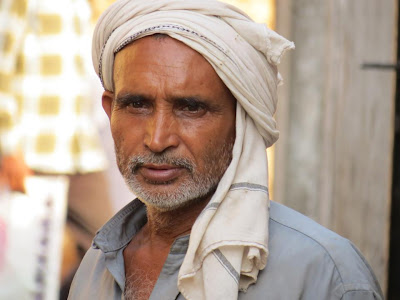 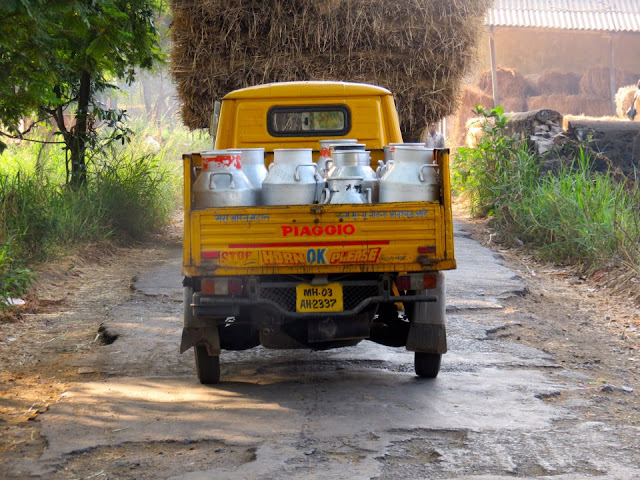 Information below taken from http://dairy.maharashtra.gov.in/

During Second World War to prevent of malnutrition pregnant ladies and children due to food shortage, Municipal Corporation of Mumbai started milk distribution system. Each female used to get half litre of milk. This scheme was operational till 1946. After that Civil Supply Department was operating this scheme.

As there were no facilities for boiling the milk, raw milk was supplied to British soldiers, officers, and employees. They were not used to drink raw milk which created health problem for them. The cattle sheds of Mumbai were in unhygienic conditions and rearing/nursing of cattle was done in unscientific ways. Due to this health problems surfaced in the nearby locality. To rehabilitate cattle shed of Mumbai in a more scientific way and to encourage clean milk production, in the year 1949, Aarey Milk Colony was established.

A total of 16,000 buffaloes from Mumbai were shifted in 30 cattle farms at Aarey Milk Colony. To enable the citizens to get the pasteurized milk, in the year 1951 Asia’s first dairy at Aarey was established.