Last Thursday night,  we went on a tour of the city by night.  We did this with the marvellous Reality Tours & Travel, a charitable organisation that reinvests 80% of its post-tax profits back into marginalised communities. (Read my post about visiting Dharavi, also with Reality Tours here).

New York may be the city that never sleeps but Mumbai is the definitely the city that never stops. It really comes alive after dark.  As night falls, families come out to take in the milder evening air, dogs roam the streets and huge fruit bats start to fill the sky.  The dark veil hides the hideous aspects of the city and as the lights begin to glow, prayers are said and the smells of street food fills the air.

We visited six landmarks on the tour plus a Jain temple: Chowpatty Beach, Banganga Tank, Kamala Nehru Park (the hanging gardens of Malabar Hill) and Victoria Terminus Station. We also visited Kamathipura, the red light district where photos were not allowed. Kamathipura is in fact the largest red light district in the world with 8,000 sex workers - at one time this figure was 60,000!  For me, to see the sad, red-lipsticked and drugged up faces of the women lining the street was incredibly sad. We drove from one end of the street to other without stopping, it is a very dangerous area, especially for men and so you should not go there unless you are with a someone who knows what they are doing.

Here are a selection of pictures of the other places on the tour (I had a malfunction with the night time settings on my camera so apologies for the quality!)


What I was trying to capture here, but not very well is the absolute filth coming up the beach. This made us want to cry - it could be such a beautiful place to come if only they would clear up the mess! Look closely to the left hand side of the photo, where the water comes in. And there are people standing in this. You are advised NOT to go in the water due to the raw sewage being pumped from the city. Gross. 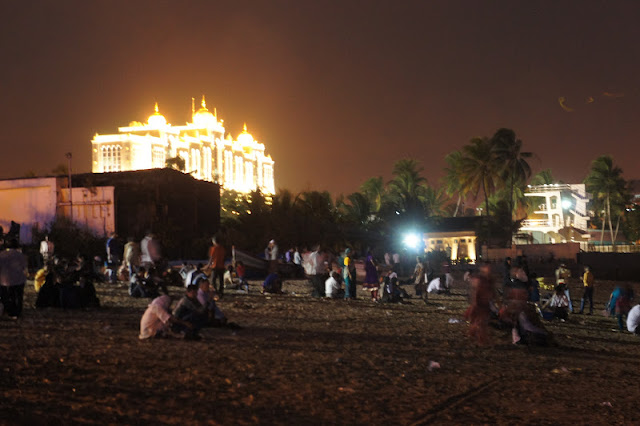 Is it a Las Vegas hotel or casino?  No it's a muslim hospital!  This is a view of Saifee hospital off Marine Drive from Chowpatty Beach, built by/for Muslim citizens. 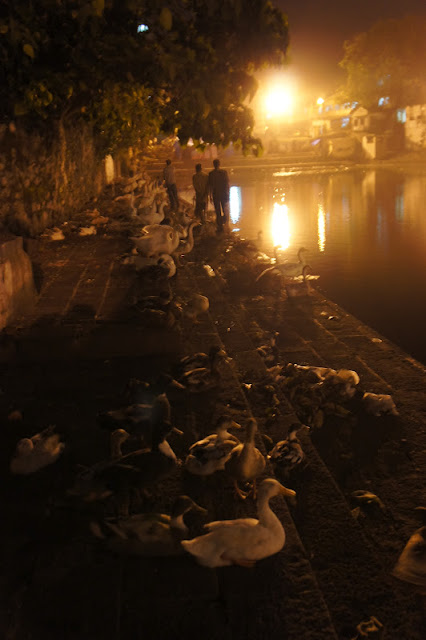 These are the ducks that come out to line Banganga Tank at night.  The water from this famous tank, originally built in 1127 and surrounded by Hindu temples, is believed to have special healing powers. Although you won't catch me putting my foot in there, as I am sure it has better 'infecting' powers these days!  I need to come back and visit this place during the day. 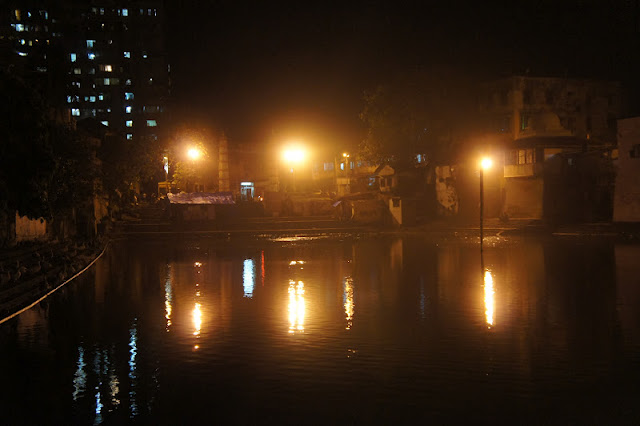 Find details of Reality Tours and Travel and their tour options here: http://www.realitytoursandtravel.com/

The tour cost a very reasonable 850 rupees/£10/$15 each (including a soft drink) and lasted from 7pm to 9.30pm.  The three of us on the tour were transported from site to site by car/people carrier and separate driver.
Posted by BombayJules at 15:44