Mr Jules and I were extremely honoured to be invited to a private family celebration of Ganesha Chaturthi (the birthday of Ganesha).  We took part in the festivities yesterday - consisting of an Aarti and a Prasad lunch - together with all 60 members of the Pandit family.

Although the Pandit family has been celebrating Ganesha Chaturthi for close on 100 years, their family idol is rotated between the descendants of the five Pandit brothers every year - each branch of the family taking responsibility for celebrating the festival and therefore keeping the family connected.

The Aarti really was a marvellous experience and a sight to behold - and the lunch that followed was simple but delicious.  I would like to extend thanks again to Shwetambari, Priyanka and their wonderful family for making us feel so welcome and so included. Thank you also for explaining the whole process to us in detail and for letting me write about it afterwards!

As with any spiritual celebration in India, there is a format to be followed - with religious iconography, colours, lights, candles and singing. Amazing!  By the time this piece has been written, the Pandit Ganesha idol will also have been immersed in a lake at Aarey Colony.  I am sorry we will have missed that spectacle!

The story is better told in pictures: 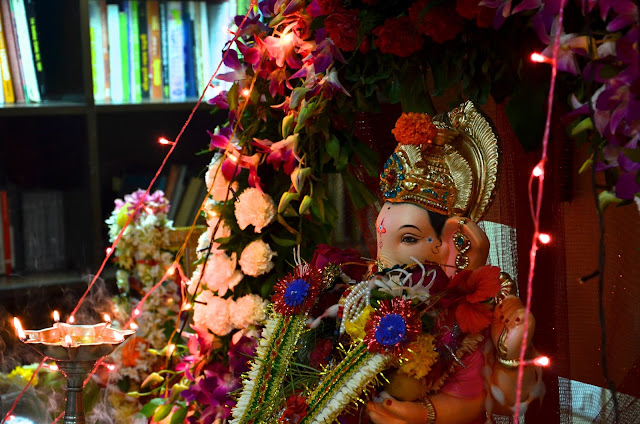 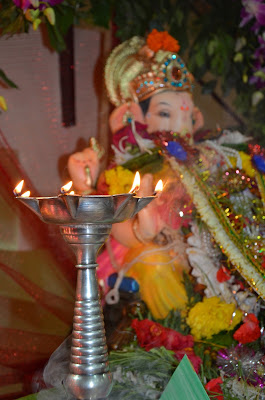 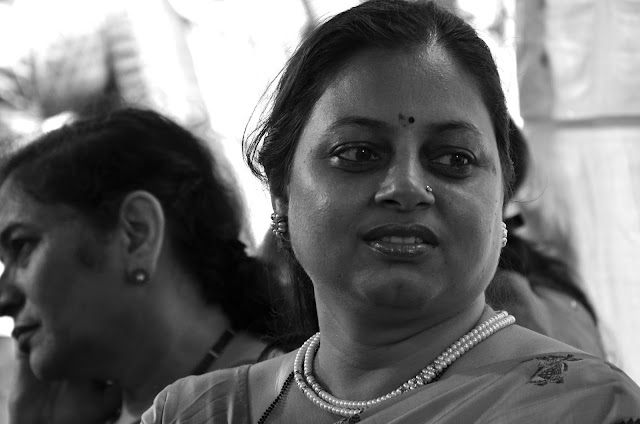 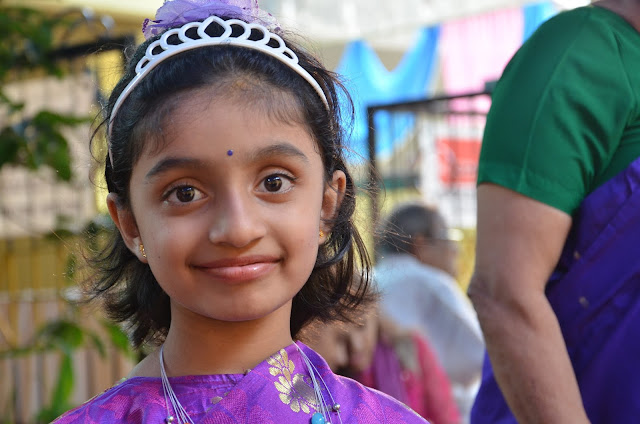 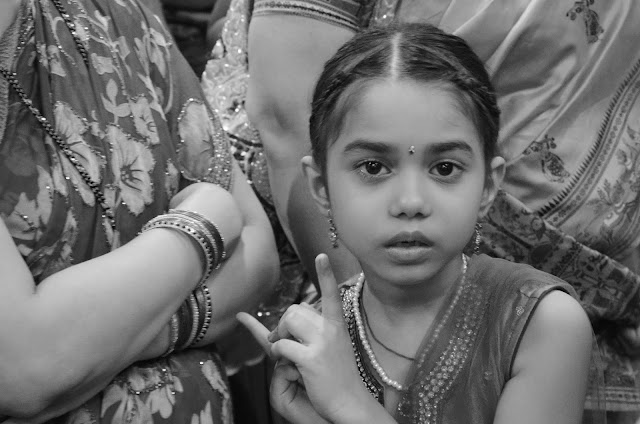 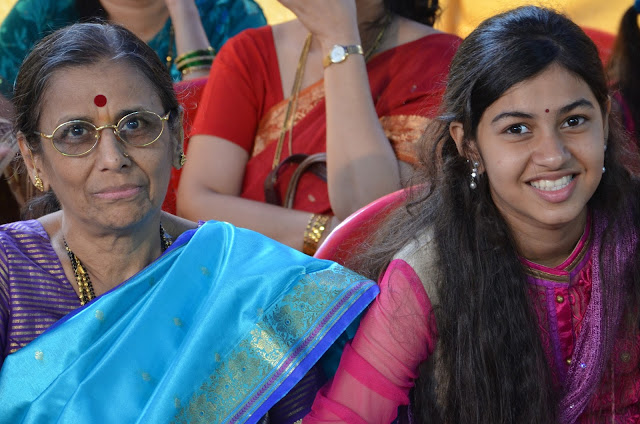 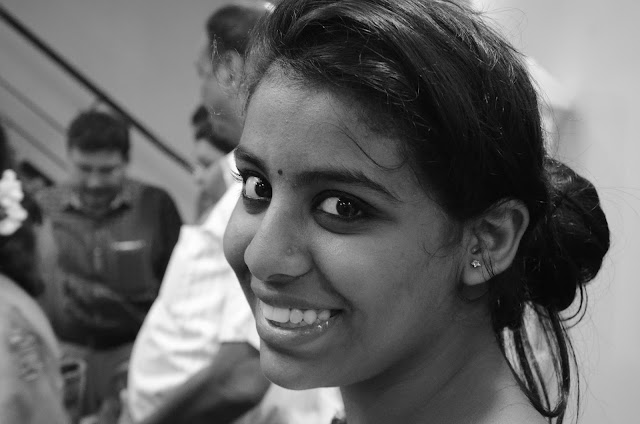 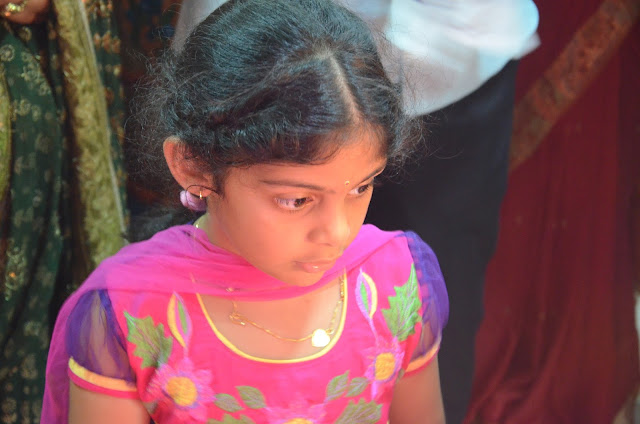 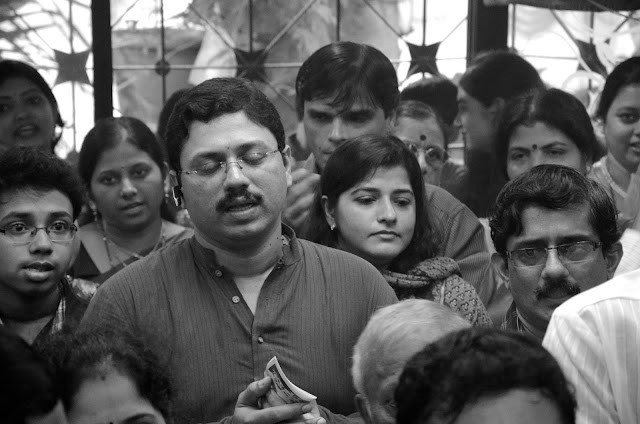 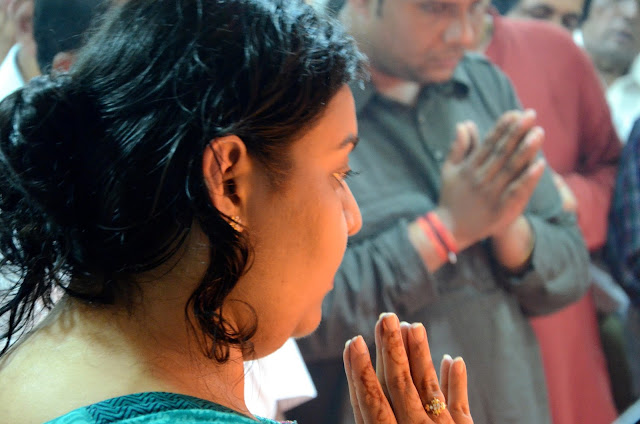 The Legend of Ganesha (according to Wikipedia)

Traditional Ganesha Hindu stories tell that Lord Ganesha was created by goddess Parvati consort of Lord Shiva. Parvati created Ganesha out of sandalwood paste that she used for her bath and breathed life into the figure. She then set him to stand guard at her door while she bathed. Lord Shiva, who had gone out, returned and as Ganesha didn't know him , didn't allow him to enter. Lord Shiva became enraged by this and asked his follower Ganas to teach the child some manners. Ganesha who was very powerful, being born of Parvati, the embodiment of Shakti. He defeated Shiva's followers and declared that nobody was allowed to enter while his mother was bathing. The sage of heavens, Narada along with the Saptarishis sensed the growing turmoil and went to appease the boy with no results. Angered, the king of Gods, Indra attacked the boy with his entire heavenly army but even they didn't stand a chance. By then, this issue had become a matter of pride for Parvati and Shiva. Angry Shiva severed the head of the child. Parvati seeing this became enraged. Seeing Parvati in anger Shiva promised that her son will be alive again. The devas searched for the head of dead person facing North. But they found only the head of a dead elephant. They brought the head of the elephant and Shiva fixed it on the child's body and brought him back to life. Lord Shiva also declared that from this day the boy would be called Ganesha (Gana Isha : Lord of Ganas).
Posted by BombayJules at 18:26