We were most impressed the wonderful city of Calcutta - possibly one of the most attractive central urban areas in the country in terms of architecture, wide, un-choked roads and cultural aspects.  But then again, it was designed by the British, so that stands to reason!

Two days was just enough time to get a good feel for this once leading city of India - there were so many historic, Raj-era buildings to see.  And I loved the fact that Calcutta is a sort of Indian New York - the boulevards filled with its famous yellow Ambassador taxis - honking and vying for business.

Unlike in the centre of Mumbai (which I like to compare every other city to), there were few slum areas to be seen and hardly any pavement dwellers. Despite this, I understand that Calcutta (the capital of West Bengal and third most populous area in India) is actually one of the country's poorest cities. So I suspect that these areas are out of sight, further away from the centre.

We stayed at a very convenient hotel near the heart of the city - Hotel Casa Fortuna - which although not much to look at from the outside and being right next to a major road artery - was actually very nice indeed.  Our (slightly small) room was nicely furnished, the staff were extremely pleasant and helpful and the 'strictly' vegetarian food at the in-house restaurant was amazing.  The service in the restaurant was also some of the best that we have experienced at any hotel in India. Highly recommended!

It was very easy to grab one of the fun Ambassador taxis from just outside of the hotel to any of the major sites.  And once in the centre we were able to walk around much of the city unhindered.

Just after we arrived on the first day (after an Indigo flight direct from Mumbai) we went in search of food at the renowned and highly recommended Flury's on Park Street.  Unfortunately we were too late for one of their famous English breakfasts, so I ordered a lasagna and Mr Jules ate fish and chips.  Both were absolutely vile!  And the place was very faded and depressing that lunch time.  I am afraid I would not recommend Flury's for anything other than one of their famous breakfasts! 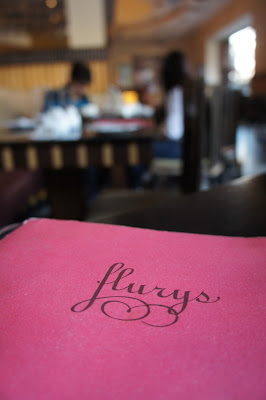 We then asked a taxi driver to take us to the magnificent Victoria Memorial - a marvel of British Architecture and kind of a cross between Marble Arch and St Paul's Cathedral.  We seemed to have run out of luck again, because when we got there, it was almost closing time and there was a massive queue of Indians trying to get in before the gates were shut.  There were none of the usual queue jumping mechanisms for foreigners, so we decided to give it a miss that day.  But as the Memorial would also be closed the next day - a Monday, we came back later that night for the Son-et-Lumiere display.   To be honest, the display was a bit lame which was a shame (ha! that rhymes!)  The boomingly loud slide show had evidently not been updated since the 1970s and the light display using the Memorial as a backdrop was not very inspiring.  I would love to give some of these Indian museum curators a lesson in making the best of their amazing buildings!

The rest of the next one and a half days were spent wondering around - mostly on foot as the temperature was relatively cool.  After the disaster of Flury's, we had lunch at the fancy La Terrasse restaurant at the Oberoi and I had their very delicious Chicken Kiev.  Both evening meals were taken back at the hotel restaurant after exhausting ourselves walking everywhere.

Here are the photos.  Parts of the city are so timeless that they lend themselves well to black and white or faded photography (plus I was inspired by a friend's recent visit to Calcutta where she took loads of fab B&W photos...thanks Amy!). 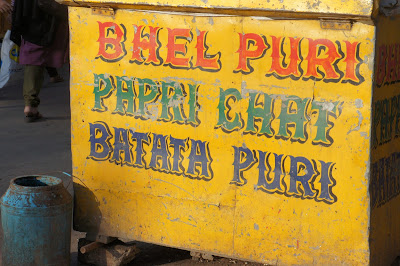 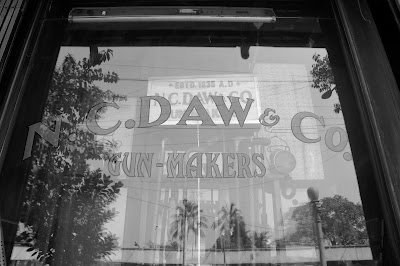 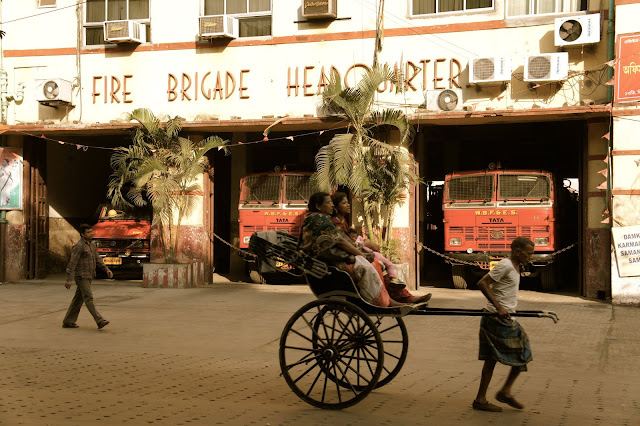 PS.  The shopping scene in Calcutta is rubbish!  I found a couple of some of the best shops and they aren't worth a mention here.  Sorry Calcutta!