My Brush with God at Bandra Fair

When a volunteering colleague -'Ze German' - offered to show me around Bandra Fair last night, I of course said yes please.  I was so keen because I assumed such a fair would be showcasing wonderful Indian handicrafts and delicious local foods.  I also had in mind that the air would be filled with the sounds of native music and the laughter of children - in fact I envisaged the atmosphere of a lovely German Christmas market, of which I have been to many (minus the snow of course).  I couldn't have been more wrong.

Bandra Fair is actually more properly known as Mount Mary Fair - which unbeknown to me is an eight day Christian 'pilgrimage' from the bottom of Mount Mary Road up to the top where Mount Mary Church is situated.  Apparently this annual festival is visited by up to a million people during the eight days from 8th September - which bearing in mind the narrow streets and the already over-burdened and badly managed traffic, makes it hell for people living in the vicinity of Bandra. And 'Pilgrimage' is probably overdoing it a bit - I would describe is more as a light 30 minute upward stroll.  Proper pilgrimages surely involve wearing cloth sacks and very little on your feet whilst traipsing across land and sea for months, maybe years, just to say 'hello' to a representation of Jesus or Mary?

Very disappointingly the sides of Mount Mary Road were not lined with beautiful stalls selling local  handicrafts or Indian foods but instead (and even worse for a non-religious person such as myself) contained stall after stall after stall selling nothing but candles.  But not even pretty candles of different colours and scents.... just a load of white ones, in bizarre shapes such as a horse, human leg or head!  I was trying to work out if you are supposed to buy all the body parts and then somehow fuse them together to 'make your own effigy'...? But nobody on the 'stroll' seemed to be purchasing anything so I couldn't tell. And as per usual, Ze German and I were constantly hassled by street kids all the way to the top trying to sell us small candles and marigold posies.

In terms of the 'experience' all was not lost.  After marching German style to the top (good to have German friends, they keep you fit), I saw Mount Mary Church (otherwise known as 'Basilica of Our Lady of the Mount') for the first time.  It was impressive looking and beautifully lit up and actually looked very Christmassy.  In fact I didn't really feel like I was in India at all - I was almost transported to Hamburg! Directly opposite is the 'Oratory of Our Lady of Fatima' - a slightly novel looking monument - with 38 symmetrical steps leading up to a 6 foot statue of Fatima.  Again beautifully lit up with many people at the top praying and offering their wax candles to the statue. (aaaaaaah, that's what they're for!).
﻿
We entered the church which was filled with thousands of visitors (sorry, 'pilgrims').  Everyone was staring up at the statue of Mary and praying whilst I clicked away on my camera.  I was impressed by the multicoloured light show they had going on in there....so Indian! 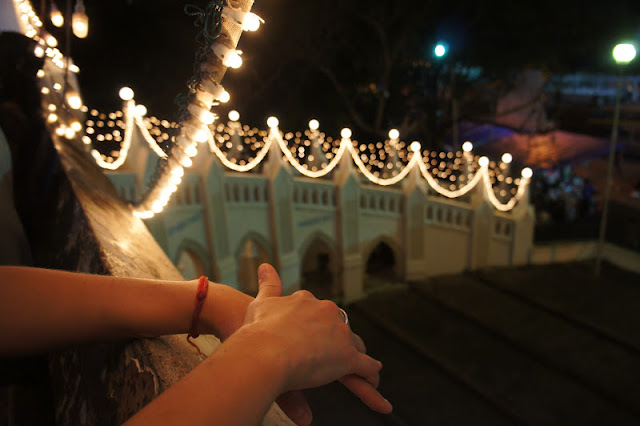 On the way back from our pilgrimage, I think Ze German and I had been spritually affected by what we saw.  For we took four street urchins under our wing and bought them fresh coconut drinks.  See how they smile!  Blessed are us!!! 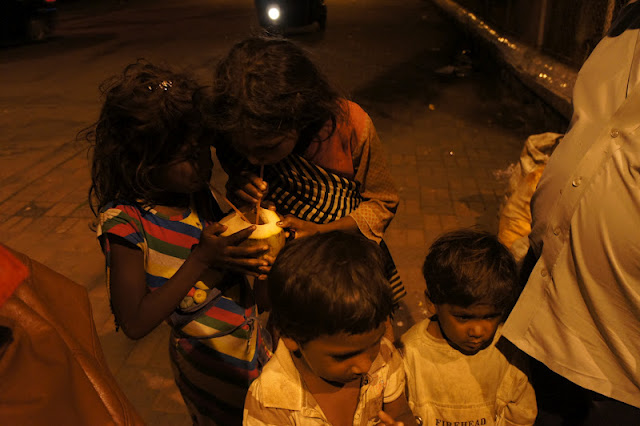 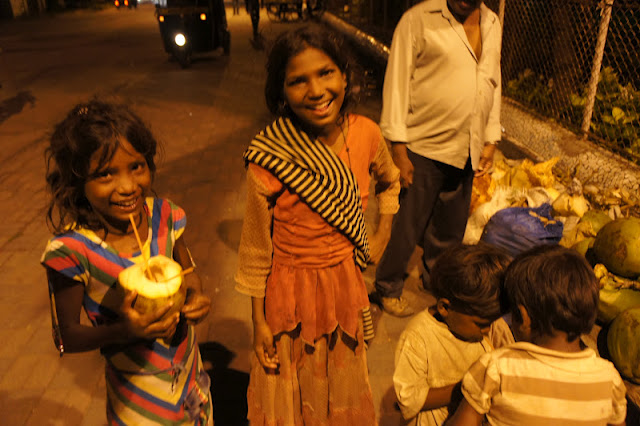 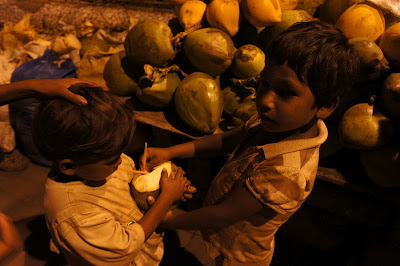 Bandra fair is on until 16th September.  Be quick.  Be Godly. 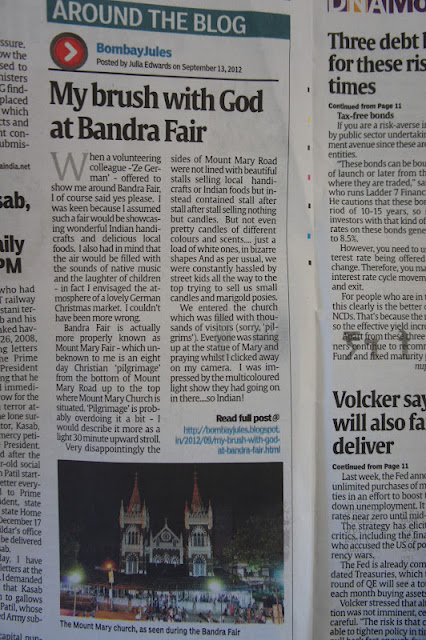